My oldest son has a birthday coming up very soon (how does time fly so quickly?!) so we are setting up his party. He has taken a liking to the characters from Star Wars, so he wanted a Star Wars Party Theme.

This shop has been compensated by Collective Bias, Inc. and its advertiser.
All opinions are mine alone. #BDayOnBudget #CollectiveBias

We made a trip to the party aisle at Walmart and purchased some Disney Star Wars Rebels party supplies from American Greetings and started planning.

We were able to find a variety of Star Wars Rebels products for the party. We purchased those that were relevant to what we are serving (cake, a few finger foods, and something to drink because we like to keep it simple and stay in budget.) Here are some products you can look for: Star Wars Rebels foil swirl decorations, 9oz cups, 16oz stadium cups, a banner, dessert plates, dinner plates, napkins, a tablecover (this would make a fun backdrop for pictures!), party favor pack, treat sack, masks, wristbands, and invite/thank you cards.

American Greetings has you covered. Simply fill out the Disney XD Star Wars Rebels branded cards in their Invite/Thank you pack.

To stay in budget, we plan our parties for before or after meals. This allows us to serve only a handful of snack items to keep our guests satisfied while not having to spend money on full meals. It also allows us to use half of the table for all of the gifts, since we do not have much space.

For our Star Wars Rebels party, we plan to serve mostly treats (it is a party after all.) When coming up with snacks to serve, I tend to stick with the theme. I would stay with things that are star-shaped or sticks (like a lightsaber): star-shaped marshmallows, pretzel sticks, carrot or celery sticks, cheese cut into stars…or things that fit the color scheme: green grapes, strawberries…We will probably include fresh fruit like melon or grapes, as well as some plain pretzel sticks, but the main star of our snacks is the Lightsaber Pretzel Sticks.

For these cute treats, I simply prepared colored melting chips in red, blue, green, and black. I dipped most of the mini stick in lightsaber colors (either red, blue, or green), let that harden, then dipped the other side in the black for the handle. Before the black hardened, I stuck on two little sprinkles for like buttons. They are not set up completely like lightsabers, having instead a couple buttons and no stripes, but that was for ease. You can add stripes if you wish by using melted white chocolate or icing in a decorating bag with a round icing tip. You will want something that hardens so it does not make a mess.

While I didn’t do this for our tablescape here, when we get more than a few straws or utensils, we put them into cups (like the Star Wars Rebels ones we purchased for our beverages.) This will help keep them organized and it looks neat too.

Okay, not a cake, but cupcakes. YODA CUPCAKES! Since my son prefers more of the classic Star Wars characters that show up in Rebels, I highlighted these more than the others. These cupcakes are not only adorable, they also were not that difficult to make.

How fun is the candle Yoda is holding like a lightsaber?! I was lucky enough to find one that was not only green, but burned green as well.

I love decorating to match the party theme, so it is convenient that so many options were available for Star Wars Rebels. I often make all of my own decorations, but sometimes it costs more and takes a lot of time I do not have. The decorations available from American Greetings are affordable and already look great.

We chose to use some of the foil swirl decor hanging from the ceiling and even attached one with a flat base to hold up our Yoda balloon (in the picture at the top of the post.) I set the party favors on top so we didn’t have to worry about it floating away (though it stayed where we needed it pretty well without that.)

I also made a quick sign from construction paper that read “Yoda Birthday Boy.”

Some of our dishes doubled as decorations as well since they looked great on the table (like these dessert plates we will use for the cupcakes and snacks.)

When I think Star Wars, I think outer space and things that glow. I scattered some glow-in-the-dark stars around the table and I even made glow stick lightsabers that also can be used as toys. I am planning to post this tutorial next week, so be sure to subscribe to Arts & Crackers feed to see my latest posts.

No, you do not need to give these out, but I personally think they are a fun way to say “thanks for coming.” You can create affordable party favors children will love by simply including a treat and some toys (like the Star Wars Rebels party favor pack.) I used the stadium cups to hold the favors as they are reusable.

Yes, I did go a little overboard with party favors, as I often do, but it still was in budget since the rest of the decorations were so affordable. Inside the cups, I included these: some of the extra glow-in-the-dark stars, some fruit snacks, a Star Wars themed toothbrush, a hand-decorated glittery galaxy pencil (see the tutorial), and a lightsaber candy.

The lightsaber candy was simple to make. I used a kind that looks very much like a lightsaber, but you can use any kind that is in a blue, red, or green tube that can be decorated. You can even use a marker, highlighter, or flashlight if you want to avoid candy altogether.

First, I cut black construction paper to wrap around the base of the container.

Next, I taped the construction paper on.

Lastly, I used silvery paint to decorate the construction paper with two stripes on the top, one on the bottom, and a rectangular button in the middle.

Since children tend to get impatient when you are tempting them with cake, we often kick off the party by singing the birthday song and blowing out the candles. This allows everyone to snack and socialize and get past the food mess before we move onto the next activities.

Sometimes our activity is a craft, sometimes a game, and sometimes both. We may end up doing a craft, but we figure the masks will work for action play.

I also made this fun, printable Starship Star Wars themed board game. The children can play as teams or split up into 1 on 1 games. GRAB THIS FREE PRINTABLE.

Once the cake is eaten and games are played, we break for gift opening time. I love seeing what each gift is or the reaction when gifts from us are opened (as do my children.) Since moving to the South, we have noticed a lot of people do not open gifts at the party so I’m curious–do you open gifts during the party or after everyone goes home?

After gifts, we have free time until it’s ready to head home.

-What was the theme of your all-time favorite birthday party (that you threw or attended)? What stood out to you about it? Tell me in the comment section! 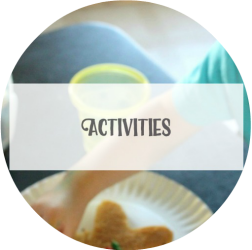 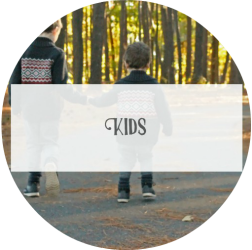