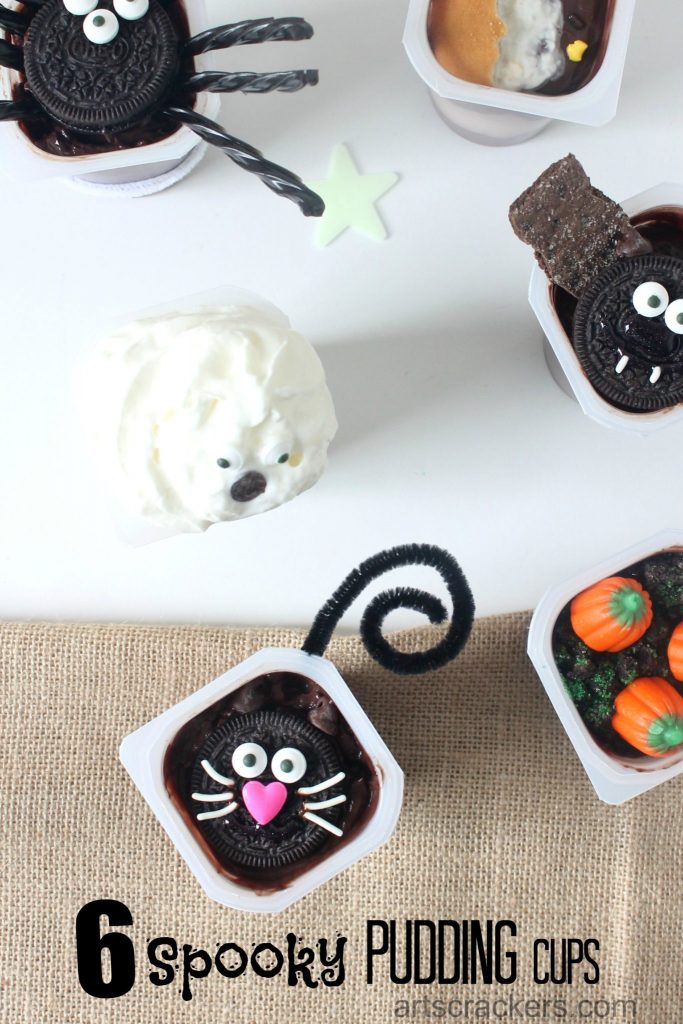 Every now and then I like to try mixin’ things up. “Pudding” a new spin on snacks, you could say. I wanted to make a treat my boys would fall in love with, something seasonal and unique. Since my pumpkin patch pudding cups have gone over so well in the past year, I figured it was time to add to the collection with some awfully adorable Halloween (or Fall-oween, as I call it) Snack Pack pudding cups.

To pick up my Halloween Snack Packs and mix-ins, I packed up my family and headed to Walmart. We were able to find the Super Snack Packs, OREO cookies, Nilla Wafers, and several other tasty treats to create our designs.

Snack Pack has several great flavors to choose from; I super love the chocolate vanilla combo, so we picked that up along with plain vanilla and chocolate. The variety of light and dark puddings makes for so many great pudding cup possibilities, I had to share more than one (more like six.)

These are so cute for home or class parties, or just as a special after school snack or dessert and they are easy to make right in the container. Make them yourself or prepare the mix-ins and let the kids create using the simple tutorials below for each. Follow me on Instagram for a cute video featuring each of the pudding cups below!

1. First, let’s make the wings. Break the half of graham cracker carefully in half so you have two rectangles. Leave them as they are, or carefully chip off bits with a sharp knife until they look more like bat wings.

2. Stick the graham cracker pieces into the center of the pudding, one on either side, to look like the bat’s wings.

3. Place the OREO on top of the graham crackers to make the bat body.

4. Add the chocolate chips at the top near the wings to give the bat some ears.

5. Make a face with the black gel, giving the bat a nose, a mouth, and two dots for eyes. Stick the candy eyes on the black dots and the two jimmies sprinkles on the mouth to make teeth. The gel will hold them in place.

1. Place the OREO in the pudding cup and add two chocolate chip ears at the top. 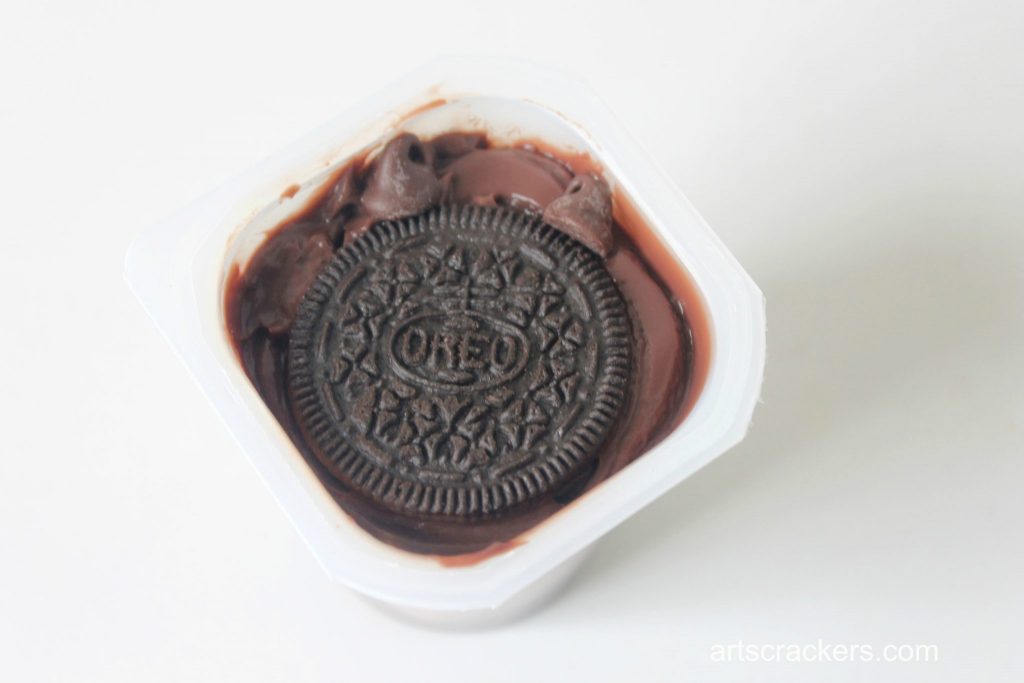 3. Use the black gel to make two eyes, a little nose, and a mouth. Stick the candy eyes in place and the candy nose. Add a little gel or pudding to the ends of the jimmies and add three whiskers to either side of the cat’s face.

4. With the black marker, draw little paws on the front of the container.

1. Top the pudding with some sprinkles. 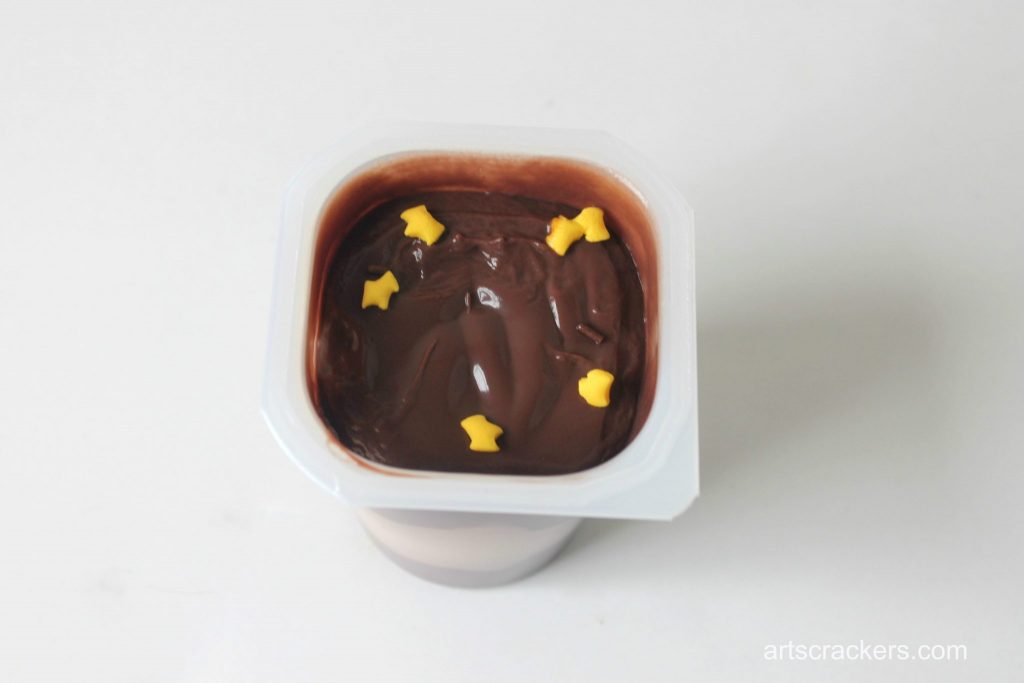 2. Carefully cut away at the Nilla Wafer using a sharp knife, until it looks like a crescent moon (or the man in the moon!)

3. Add a round spot of Reddi-wip  about the size of a Nilla Wafer to make the moon, then press the crescent Nilla Wafer into the whipped cream and pudding.

1. Squeeze a mountain of whipped cream on the top of the pudding. Alternatively, you can add a thin layer just inside the cup.

Note: the whipped cream will not stay fluffy for long, so eat them quickly or try the alternative method.

1. With a sharp knife, carefully cut both black licorice pieces in half long ways then in half the short way to make 8 thin licorice legs.

2. Stick the licorice into the pudding, four on each side, to make the legs. 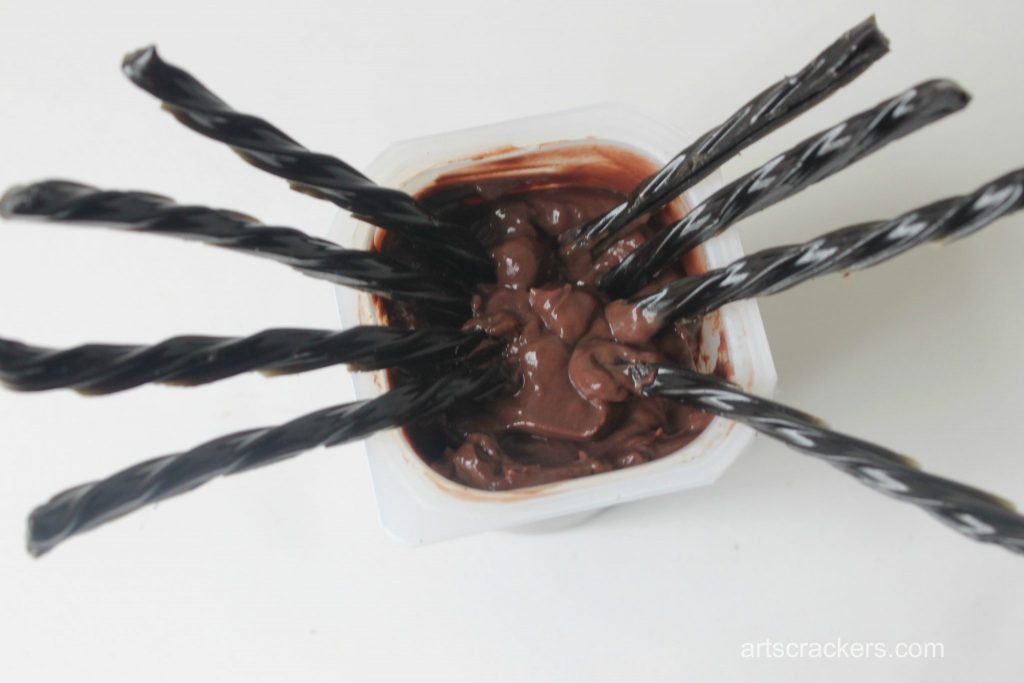 3. Place an OREO on the top to make the body. 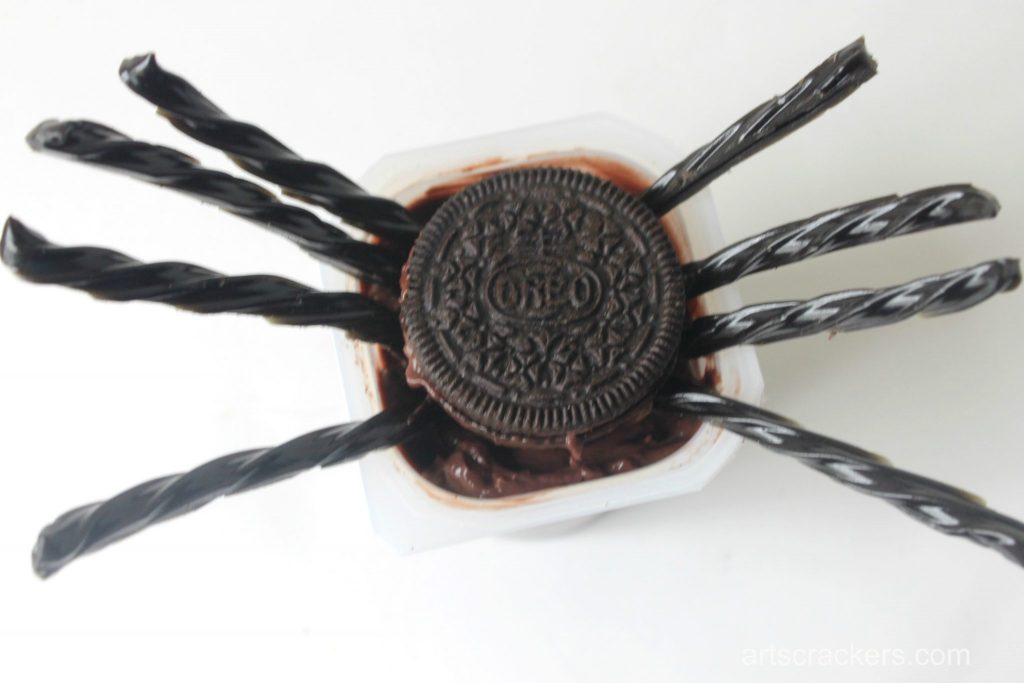 You can find last year’s popular tutorial for these HERE.

-Which pudding cup mix-in idea is your favorite? Let me know in the comments below. If you decide to do this project, I would love for you to share on my Facebook page or email me at [email protected]! You can find more ideas at http://cbi.as/v4er.