Not Even a Little White Lie | Kids’ Devotional

(Printable version now available at the end of the post!)

Geppetto, a lonely carpenter with no children, decided that he wanted a boy. He carefully carved one out of wood, taking his time and adding much detail–big, blue eyes, a button nose, wavy black hair. He named him Pinocchio.

As the carpenter worked on his wooden boy, he got to the mouth. As he chipped away at the wooden smile, the boy started making faces. “Stop that at once! That is not nice,” scolded Geppetto.

The carpenter was startled. “You can talk?” he questioned.

“Why, of course,” replied the boy rudely, “You gave me a mouth.”

This was just the beginning of Pinocchio’s naughty acts. His dad decided he should go to school with the real boys and learn how to behave. Pinocchio ran away.

He decided to go to school anyway, but on the way Pinocchio saw a play going on. He decided he was much better at singing and dancing than the other performers, so he hopped right onto the scene. The director was going to throw him out, but the crowd loved him so he let Pinocchio stay.

After the play was finished, Pinocchio was given five shiny coins for his participation and told to go straight home. He didn’t. He stumbled upon a wounded fox and a blind cat. They told him they were his friends and wanted to help him turn his money into gold. They told him to bury it beneath a tree. He believed them, so he dug a hole and placed the coins inside.

When he came back, the fox and cat, who were perfectly healthy, disguised themselves as thieves and demanded that he give them the money. His dog, however, came to scare them off. That’s when Pinocchio’s lying began.

“Why weren’t you at school today?” asked a friend of his.

“I was,” he said. After all, what did it matter if he went to school or not? It was only the first day. He’d go tomorrow. No one needed to know. It wasn’t a big deal.

His nose grew a little. Hmm. That was weird.

His friend told him that to become a real boy, he would have to tell the truth and be kind. That when he tells a lie, his nose will grow. He must go straight home. He didn’t.

While Pinocchio wandered, Geppetto set out in search of his son and got lost.

Pinocchio met some boys who tricked him into skipping school again. They told him they had found his dad. They didn’t. They were lying to him. Instead they took him to the circus and mocked, “You’re not a real boy. Join the circus.”

“Yes, I am!” yelled Pinocchio. He wanted to be a real boy…it wasn’t really a lie, was it? His nose grew a little more, until it was the length of his hand.

The Circus Master found the boys and asked them, “What are you doing here? You should be in school!”

Pinocchio, not wanting to get into trouble, told another little lie, “We had off today.”

Guess what happened. His nose grew even longer. It was the size of a banana.

“What? Why? How did your nose just grow?” inquired the Circus Master with growing curiosity.


Pinocchio did not want to end up as part of the circus act. “It didn’t,” he lied, “You just imagined it.”

You know what happened next. His nose was now this long (stretch out one of your arms), as long as my arm. Honestly, I’m not sure how he could still walk with such a long nose.

Now the Circus Master knew this would be quite an act for his show and went after him. Scared, Pinocchio carried his big nose and ran, ran, ran, as fast as he could, all the way to the shore and sat below the dock. He saw a light in the distance. It looked like the lantern from his dad’s workshop. Could it be?

He squinted and looked harder into the distance. His dad was on a raft that had drifted out into the sea. Should he rescue him? Probably. “But he will be so mad that I ran away,” thought Pinocchio, “But it’s my dad and I have to rescue him.” He found some workers at the dock and they were able to pull Geppetto to safety.

Geppetto hugged his son then stepped back to look at him. Of course, he couldn’t help but notice the enormous, clunky nose.

“What happened??” Geppetto worried, “How did your nose get like that?”

Pinocchio was scared his dad would be very angry if he knew the truth, so he began to think of a lie to cover up what really happened, “I…they…at school…” Then he stopped. His dad went looking for him when he was lost. When he returned, he hugged him. Besides, if his nose grew any bigger he would have to use it as a leg. He decided to tell the truth. And so he began the story of his long couple of days, “Well, I was on my way to school when I saw a play…”

That very long nose began to shrink with each truth he told. He was honest about everything.

“Pinocchio, be thankful nothing bad happened to you or anyone else. You may think a little white lie is okay, but here’s the thing about little lies–they grow. If you tell one, you’ll feel you need to tell another. You need to tell the truth.”

Rather than pitch a fit or run off, Pinocchio sat there and listened like a good boy. He apologized to his dad for his bad behavior. Geppetto forgave him.

The next morning, Pinocchio woke up and stretched his arms high into the air. Well, that was easy. He walked over to the mirror. To his surprise, he was a real boy!

Now, we know that wooden puppets do not really turn into real boys, but there is a great lesson to be learned from this story. It is not good to lie, no matter how small and insignificant that lie may seem. In fact, the Bible tells us not to lie. Read Proverbs 12:22. Being honest is even one of the Ten Commandments (Exodus 20:16.) When people tell you that a “little white lie” isn’t harmful, they are lying.

In the Bible story, Ananias and Sapphira thought it was okay to lie about keeping part of the money they made selling land. Would it have been bad that they kept some as payment? Perhaps not, but the big problem came when they lied about it to the apostles. They lied in fear they would get into trouble and lose that money. It seemed like a small lie at the time, but that was not how God saw it and it did not work out well for them in the end.

Sometimes telling the truth takes courage. It may be difficult like it was for Pinocchio or for Ananias and Sapphira, but it’s something that you need to do. Proverbs 19:1 reminds us it is “Better to be poor and honest than to be dishonest and a fool” (NLT.)

Whether it’s telling someone you didn’t do something to get out of trouble, pretending you did something really awesome so your friends think you’re cool, or even something as tiny as telling someone that piece of broccoli isn’t really in their teeth because you’d feel bad, the truth is, people would prefer you were honest. Now, I’m not saying you need to shout to the world that Peter has broccoli in his teeth or tell people you are really boring (you aren’t.) I am saying that you should always tell the truth in a loving and respectful manner, even in the little things. Read Ephesians 4:14-15.

Tell the truth, even when it’s hard.

You may also like these devotionals: Adventures in Odyssey (we loved listening to the audio versions on road trips, but they also have books!), 5 Minute Sunday School Activities–Exploring the Bible, The Berenstain Bears Go to Sunday School, and The Illustrated Bible for Little Ones.

Parents, this first activity is for you and it is simply to set a good example. As a parent, I know how tempting it can be to lie about this or that. Maybe the kids don’t need to know. Maybe you don’t want to hurt their feelings. Just be honest. You don’t need to tell them everything, especially if you can’t, but what you do tell them should be honest and with love. Kids learn the most from the examples set before them.


For the kids’ activity, you will need the free printable Pinocchio face and free printable flash cards available below, then cut out the flash cards. You will also need some building bricks or something else that your child can stack.

Each brick represents a lie. Carefully read each flash card to your child and have him or her decide whether each is the truth or a lie (each answer is labeled upside down on the card.) Depending on your child’s age, you may need to help with understanding. My 4-year-old was able to figure most out without hints.

Every time the flash card contains a lie, have your child place a brick on Pinocchio’s nose. 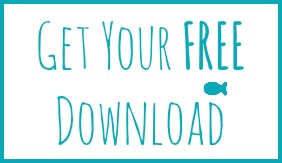 This will show how one lie turns into many, build up, and you can’t just take them back. It will also help your child with problem solving and discerning what is right and wrong and can even help with counting and motor skills (my son counted the bricks when we were through.)

Did you do this devotional and activity? Share with me in the comments!

Read also: Building a Firm Foundation Kids’ Devotional and How to Tell a Bedtime Story